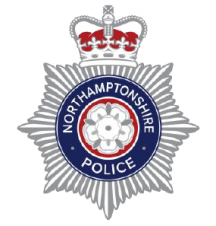 Detectives in Northamptonshire are warning the public about a new scam where victims are tricked into buying Amazon gift cards.

Over the past few weeks, a number of incidents have occurred across the county where victims, often the elderly, are targeted by scammers who then go on to steal thousands of pounds from them.

One incident in Corby involved a man targeted on Facebook by someone pretending to be a friend. After telling the man he had won a large sum of money, the fraudster asked him to buy a number of Amazon gift cards to get the ball rolling on the money being handed over. The man in question ended up handing over thousands of pounds before realising it was a scam.

In another incident, a fraudster pretending to be working for Virgin Media contacted a woman in Wellingborough asking her to make a number of bank transfers before asking her to purchase some Amazon gift cards. The woman became suspicious and contacted police.

Detective Inspector Tim Britton, said: "The use of Amazon gift cards is a fairly new and less well-known scam so we are trying to make people aware of it so they don't fall victim to this type of crime.

"It's important for you to know that Amazon gift cards can only be used for purchases online at Amazon.co.uk and cannot be used for anything else.

"If something sounds too good to be true, it probably is. Please do not believe anyone that requests these gift cards as a method of payment and if you think something is suspicious, please report it to us."

Tips to avoid being the victim of an Amazon card scam

- DO NOT share Amazon Gift Card claim codes or send money - in the form of physical cash, cashiers cheque, wire transfer, Western Union, PayPal, MoneyGram, or any other means - to any person claiming to be an authorised agent of Amazon or Amazon Pay seeking payment.

- DO NOT make a payment to a seller who claims that Amazon or Amazon Pay will guarantee a transaction made outside of Amazon.co.uk, will hold your funds in escrow during an inspection period, or refund your money if you are not satisfied with a purchase that you made offline.

- DO NOT use an Amazon Gift Card to pay for anything over the phone or e-mail, including bills or services (e.g., TV, utilities, legal services, taxes).